They say the first step is admitting you have a problem. I admit I do. I just have no desire to fix it.

It wasn’t always this way. I dabbled at first. Now I can’t get enough. The more, the better.

I’m talking, of course, about flavor. Flavor in my food. I need it. I can’t live without it.

I grew up in a pretty typical household through the seventies and eighties. Extreme flavors weren’t something we talked about in our house. We had good food, but it stood on it’s own. My plates had three invisible compartments: one for the meat, one for the vegetables, and one for the potato. Those three things remained, for the most part, segregated. On occasional winter weekends they came together in a conglomerative shepherd’s pie. The meat, the vegetable and the potato stacked on top of each other. Crazy.

We seasoned with salt. We were salt people. Pepper was something they served in restaurants.

A few times a year, things got really crazy. My mom would make lasagna or manicotti. She’d reach to the back of the cabinet for the jar of “Italian Seasoning.” Exotic. But once those leftovers were gone, they were gone. And then it was back to a pork chop. And green beans. And fried potatoes.

I started experimenting with flavors in college. I wasn’t prepared for the things I’d encounter – the Turkey Divans and the Cavatelli Supremes. The cod that wasn’t just breaded, it was lemon pepper breaded. I tried it all. I got seconds. Sometimes thirds. I got to the point I didn’t know when to stop. I found myself at the malls on weekends seeking out the cheap thrills of the Burrito Supreme and chasing the siren song of General Tso and his sticky, spicy chicken.

Things got out of hand when I started work in New York City – the culinary den of iniquity. The substances that became available to me were beyond the imagination of a kid from a suburban small town. Southwestern food (which apparently was different from Mexican food). Thai Food (I couldn’t even find Thailand on a map). Japanese Udon (bringing “soup” to an entirely new level). And Cuban food (Is that even legal?). All on the same block! Access was easy and I escalated dangerously.

Like what we are creating? Buy us a coffee to say thanks!

I remember the day it spiraled out of control. The moment I stepped over the threshold back over which I could never pass again. The first time I walked into an Indian takeout place. The smells were intoxicating. The colors bordered psychedelic. The flavors evoked an intense high the likes of which I’d never thought possible. Even the rice was beautifully flavorful.

Two decades later, I’m still hooked. If “Indian” is on the list of options, I’ll pick it every time. My local Indian restaurant has a “frequent diner” card by which stamps get you free meals. I’m on my third one. Sometimes I even indulge alone. I’ve tried to make my own Indian dishes at home to avoid the judgemental stares of people who choose to eat with companions, but I’ve never been able to replicate the depth and intensity of the professionals. I’m resigned to finding it elsewhere.

Recently I was talking food with a co-worker who was born in India. I explained that I was a fully capable home cook, but could never get my Indian dishes to bring me to that place. He started laying the advice on me. Ignore the generic websites, get real Indian recipes. Use whole spices and grind them yourself. Toast your spices starting with cold oil. Whenever a recipe calls for onion, use twice as much. And always, always get your spices from an Indian market. I took it all in. His advice was as intense as the methods he explained.

I considered his words for a long while, gathering the gumption to follow through. Then it happened. Alone, on the way back from a morning hunt I took a seemingly involuntary turn and, as fiends like me often do, found myself driving through a strange neighborhood until I found what I was looking for. The Indian Grocer.

Inside amidst short, dark skinned women in colorful saris I towered, blonde hair, blue eyes and camo overalls. Slack-jawed, I tried to make sense of the seeds, pods, granules, powders and pastes. Clear that I was out of my element, my fellow shoppers generously asked questions and offered guidance. What was I looking for? What was I making? How hot do I like it?

“Are these hot?” I asked, holding up a bag of chilis.

I put them down and stepped back. He laughed again.

I left the store with a brown paper bag full of the good stuff. More than I could use. Things I couldn’t even name.

In the private confines of my own kitchen I laid it all out on the counter. I sniffed. I tasted. I rolled cardamom pods between my fingers and sifted coriander seeds through my palm. “Let’s do this” I whispered to myself.

I was there. Intense. Heady. Potent. And I’ll do it again.

If anyone needs me, I’ll be curled up in the corner with some naan.

“Bhuna” isn’t the name of a dish so much a cooking method. It means “browned” as in meat that’s been browned slowly in it’s own juices. If you don’t have an Indian grocer near you, every one of these spices is available online easily and for reasonable prices. 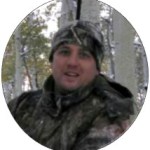 Chris came to hunting later in life than most, but over the last 20 years he’s developed it from pastime to passion to way of life. He now hunts and cooks just about everything a season will allow and is always looking for the next adventure. Along with hunting, he fishes and wanders New York’s Hudson Valley and beyond gathering wild and regionally grown produce, living his belief that the very best food is local food. He enjoys spending time outdoors with his boys, teaching them self-reliance and sharing with them the joy of sitting down to a well-earned meal.

One thought on “Venison Bhuna”

0
0
Your Cart
Your cart is emptyReturn to Shop
Continue Shopping
Loading Comments...