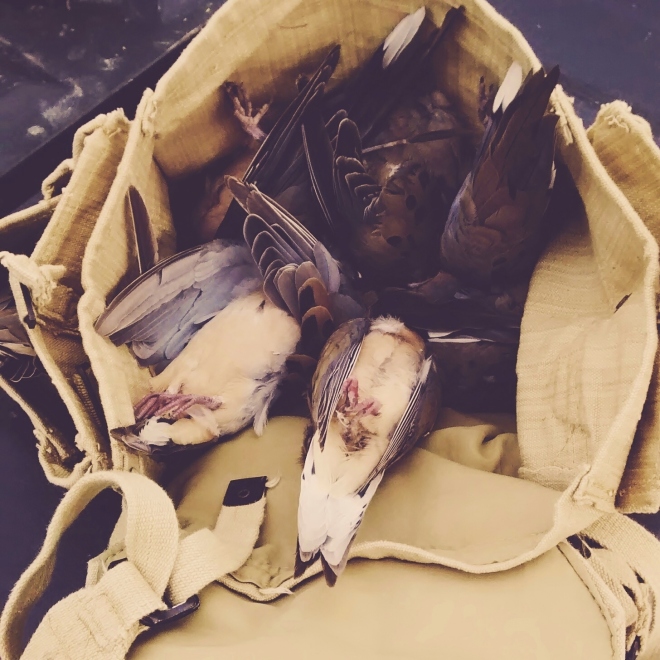 This is the third article of a six part series on the 5 Stages of a Hunter, be sure to read What Type of Hunter are You? and The Shooting Stage.

With hunting season in full swing and boots on the ground here in Wyoming I get to see all sorts heading afield. Young boys heading off into the woods barely able to heave their packs and seasoned veterans with a keen eye for the trail. Long quiet mornings are the perfect time to reflect on seasons past. I recall a time not too long ago when the success of a day was measured in a full stringer and marked off tags. Limiting out is often the goal of many sportsmen and arguably a very important stage in the development of a hunter or fisherman.

When I was growing up the main goal was to take something home with me. I sought a lot of pride in being able to contribute to my familyâ€™s meals. The more I could provide the better I felt about myself. I became a pretty good fisherman in the process, I learned how to tie all the knots so I could go out fishing even if my father was at work, I learned the best places to find bluegill at my local lakes and even learned what time of day I should go out to have the best luck. However, I soon learned the value of conservation when my favorite fishing hole began to dry up. After many weekends of taking home a stringer full of fat panfish, the fish came fewer and further between. Before I knew it, I was taking home just over legal fish and only had a few to show for my efforts.

My desire to limit out still stuck for a while. When I went bird hunting with my father I would fill my bag within the first few hours of the day. My father however wouldnâ€™t even raise his gun until he got a good look at the birds and made a decision. He was much more picky about when he shot than I was and the size and quality of his birds was much better than mine. Often he would come home empty handed and I would have a bag full of â€œmediocreâ€ birds. This didnâ€™t go unnoticed however, I watched him and learned.

This lesson stuck with me and I began to only take home what I needed. If we hadnâ€™t fried up what was in the freezer I would let go all the fish that came my way. I began to let flushed birds fly to safety and even let deer walk by if they werenâ€™t up to my standards. This past summer I went back to that fishing hole I grew up with, using the same methods I had learned and was glad to see the fish had come back and were bigger than ever. I even took one home with me to see if they tasted as good as I remembered.

There is a lot a young man can learn while in the relentless pursuit of game but eventually as a sportsman progresses and matures he or she will grow out of the need to limit out. Finding the true meaning of a successful day in the experiences gained is vital. For some it comes quickly, others may never grow out of this stage unless they spend time around more mature hunters. To those of you who may be in the limiting out stage my advice is to remember to look at the experience as a whole instead of just what you brought home with you. Meat doesnâ€™t last forever in your freezer but, god-willing, your memories will.

4 thoughts on “The 5 Stages of a Hunter Series: The Limiting Out Stage”

Buy Us a Coffee